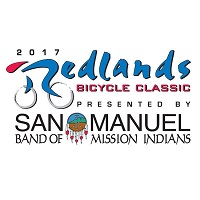 (Los Angeles, May 2, 2017) — Support Clean Sport (SCS)and BSCG (Banned Substances Control Group) are pleased to announce that for the upcoming year they will be co-sponsoring GS Andiamo, a grassroots volunteer cycling organization for young people in Southern California. With its large presence in Redlands, California, GS Andiamo will host a tent at this year’s Redlands Bicycle Classic, one of the longest running stage races in American cycling, from May 3 – 7, and BSCG and Support Clean Sport will be there along for the ride.

Over the past few years, BSCG and Support Clean Sport have co-sponsored two cycling teams, the SCS/SeaSucker/Guttenplan Coaching Domestic Elite Cycling Team and the 706 Project Cycling Team. The riders from the Guttenplan team will compete in this year’s Redlands Classic.

“Together SCS and BSCG are pleased to sponsor and support a network of cycling teams that showcases the philosophy that real athletes stay clean and win clean,” said BSCG President Oliver Catlin. “We’ve been gratified by the Guttenplan and 706P teams’ success and commitment to clean competition, and we wanted to extend our support and guidance to GS Andiamo and the next generation of clean cyclists.”

In 2016, the Guttenplan team managed 60 victories and claimed the spot as the number one cycling team in Florida—all while their cyclists continued to test negative for banned substances, demonstrating that “real athletes” can reach the top of the podium. During the same period, the 706P team did well in both the road and cyclocross disciplines, added a women’s team, and served as articulate ambassadors of clean sport at schools and a range of community events.

Founded in Redlands by middle school riders, GS Andiamo works with youth to build the next generation of cyclists. The two-time national club of the year and center of excellence aims to get children, teenagers, and their parents interested in riding bikes and becoming lifelong cyclists for fun, recreation, transportation, fitness, and competition. The organization places a high value on safety and sportsmanship. Details of the program can be found at www.gsandiamo.com.

The Redlands Bicycle Classic is the longest-running continuous invitational, professional stage race in American bike racing. Each year the city of Redlands and surrounding communities open their homes, hearts and streets to world-class athletes. From humble beginnings on a Memorial Day weekend in 1985, the event has hosted future stars of the Olympics, Tour de France, and World Championships. This year’s race will take place May 3 – 7 and feature about 350 elite cyclists. For more information, visit the Redlands Bicycle Classic website at www.redlandsclassic.com.

Support Clean Sport (SCS) is a proactive grassroots movement dedicated to building support for athletes at all levels to compete without using performance-enhancing drugs. SCS is an initiative of the Catlin-led nonprofit/NGO 501 (c) (3) Anti-Doping Research (ADR). For more information, visit the SCS website at www.supportcleansport.com.