N-methyltyramine, prevalent in beer, is interpreted as prohibited in sport based on the World Anti-Doping Agency Prohibited List. 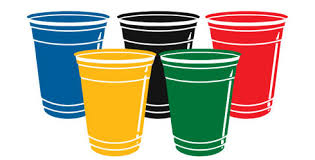 In 2015, the World Anti-Doping Agency (WADA) added new prohibited substances to the WADA Prohibited List, as they do each year. “Phenethylamine and its derivatives” were added to the list with little fanfare or attention, which is likely because the implications of that addition had not been fully considered. The significance, in fact, is vast and potentially affects hundreds of natural products and plant extracts. The scope of adding this language can be understood after reading one publication alone, “Phenethylamine and related compounds in plants”, which was published in Phytochemisrry in 1977.

The paper characterizes approximately 200 plant species that naturally contain phenethylamine or its derivatives. Phenethylamine derivatives are a very broad category of substances. They include psychoactive substances or controlled substances like; amphetamine, cathine, ephedrine, methamphetamine, octopamine, and pseudoephedrine, all of which are specifically mentioned on the WADA Prohibited List by name. We are fully supportive of these dangerous substances, and any closely related derivatives, being regulated as controlled substances and banned in sport.

Some phenethylamine derivatives, however, are naturally occurring in plants and animals like tyramine (the scientific name of which is 4-hydroxyphenethylamine), or dopamine (the scientific name of which is 3,4-dihydroxyphenethylamine), or adrenaline. Tyramine is present in significant quantities in chocolate, avocados, plums, pork and cheese. Are these naturally occurring phenethylamine derivatives really considered banned in sport by interpretation? Do they really qualify as controlled substances, as tyramine has been deemed to be under Schedule 1.c. #66 in the Sunshine State of Florida? Well that logic just may be tested with beer.

Barley, it turns out, is one of the plants that naturally contains a derivative of phenethylamine. Specifically, it contains a compound called N-methyltyramine (NMT), also known as 4-hydroxy-N-methylphenethylamine. A casual review of NMT’s Wikipedia listing reveals some startling facts that have been apparent from publications as far back as the 1950s and 1960s:

“NMT was isolated as a natural product for the first time, from germinating barley roots, by Kirkwood and Marion in 1950. These chemists found that 600 g of barley, after germination and 10-day growth, yielded 168 mg of N-methyltyramine.[5] Since barley, via its conversion to malt, is used extensively in the production of beer, beer and malt have been examined by several groups of investigators for the presence of NMT. Citing a 1965 study by McFarlane,[6] Poocharoen reported that beer contained ~ 5–8 mg/L of NMT.[7]

We did the math for you: A friendly neighborhood pint of beer contains between 2.3 – 3.8 mg/pint of N-methyltyramine. It should be noted that milligram quantities are relatively high amounts, not trace levels. Medications and dietary supplement ingredients are commonly found in milligram quantities. Ingesting milligram quantities of a stimulant banned in sport would be highly likely to result in an athlete testing positive. 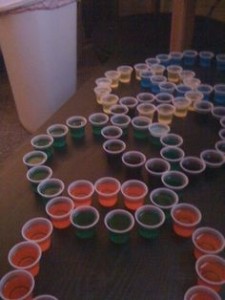 If you think this is only a theory we brewed up, that’s not the case, I’m afraid. We consulted the Global Drug Reference Online, or Global DRO. The Global DRO is a ‘partnership between UK Anti-Doping (UKAD), the Canadian Centre for Ethics in Sport (CCES) and the United States Anti-Doping Agency (USADA). The Japan Anti-Doping Agency (JADA) and the Australian Sports Anti-Doping Authority (ASADA) are official Global DRO licensees.’ The Global DRO ‘provides athletes and support personnel with information about the prohibited status of specific substances under the rules of sport based on the current World Anti-Doping Agency (WADA) Prohibited List.’ For those unfamiliar with it, the Global DRO is a great site for Olympic athletes to explore whether medications or other substances are banned in sport. Supplement ingredients are not often considered, but the site is nonetheless a good resource.

We wanted to see if tyramine was considered prohibited, but it did not come up in Global DRO search results so we could not explore whether it would be interpreted as banned. What did come up was N-methyltyramine, which was indicated as Prohibited under the S6 – Stimulant category. This makes NMT prohibited in competition but not out of competition. This prompted us to explore the possible natural presence of NMT, which led us to the conclusion that beer contains a prohibited substance in sport. This is not good news to even casual beer-drinking athletes. (Interestingly, dopamine, also appears in the Global DRO database but it is not interpreted to be prohibited despite being a phenethylamine derivative.)

Surely there must be some explanation. If NMT is interpreted as prohibited there must not be enough to cause a positive drug test, right? Well, let’s consider the details. NMT would be considered a specified stimulant in the WADA system under category S6.b, which means urine thresholds would apply to avoid positives from environmental presence. However, as we noted earlier, one ingests MILLIGRAM quantities of N-methyltyramine in just one pint of beer.

Hopefully athletes are not drinking a lot of beer while in competition, but could a beer on a night off a cycling race, or three beers one week before a swim meet potentially impact a drug test? Perhaps there are urine excretion studies that can answer more definitively how much beer you would have to drink, and when, in order to test positive for N-methyltyramine. We have not fully explored this. Ultimately, we believe the answer to this whole dilemma is that N-methytyramine falls into a strange category of substance. A compound banned by interpretation but not in practice, at least not in all forms.

Debating this theory may seem like an amusing matter, but athletes’ careers hang on these very types of questions. Our business of dietary supplement certification at BSCG also hinges on the interpretation of whether supplement ingredients, natural products, or functional foods contain substances banned in sport. When one considers that hundreds of plants species including things like barley, spinach, or aloe vera contain phenethylamine or its derivatives that may be banned in sport, the concern is greatly magnified.

If the Global DRO interprets that N-methyltyramine, which is present in beer in milligram quantities, is prohibited, exactly where does the scope of this start or stop? That remains a good question, and one that we hope is not answered by first having an athlete fall victim to testing positive from the natural presence of phenethylamine or its derivatives. It would be a true shame if that were to happen simply from enjoying a pint.

We fully support combating dangerous phenethylamine derivatives like N-a-DEPEA–but not beer. We have to do a better job of clarification and interpretation of the prohibited substance list language on behalf of the athletes that rely on anti-doping rules to protect, not inadvertently derail, their careers and passion for competing. The Olympic Motto is Citius, Altius, Fortius. Let’s add Magis.

Although beer contains a prohibited substance in sport, at least by interpretation, it does not appear that drinking beer will cause a positive drug test in practice. Cheers to that!