n-methyltyramine supplements are prohibited in sport 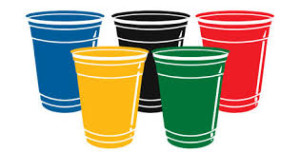 In a recent blog post, we marveled at the seemingly absurd notion that beer might be banned in sport based on interpretation that a prohibited substance, N-methyltyramine (NMT), is present at around three milligrams per pint. After a pint or two, we thought more clarity was necessary for our fellow imbibers. When present naturally in beer NMT would be acceptable, while n-methyltyramine supplements are prohibited in sport. This presents an interesting dilemma to students of anti-doping regulations and lists.

How is it that that one substance can be both legal, and naturally present in beer, but also be a prohibited substance in sport? Who exactly is responsible for this absurdity? Well, you can blame it on the resurgence of n-methyltyramine as a stimulant and/or weight loss ingredient in dietary supplements and the addition of phenethylamine and its derivatives to the WADA Prohibited List in 2015.

The resurgence of NMT in the supplement arena came as far back as 2011, but the phenomenon has surged again recently as companies have looked for replacements for dubious ingredients like DMAA (dimethylamylamine, or methylhexaneamine). DMAA was often sold in disguise as natural geranium oil extract, but in reality what was on the market was the synthetic chemical DMAA. DMAA became perhaps the most popular stimulant pre-workout ingredient ever but has since run into regulatory action after adverse events and determination by the FDA, and international equivalents, that it is an illegal supplement ingredient. DMAA has also become the most common stimulant reported as an adverse analytical finding in the WADA system.

N-methyltyramine was a logical substance for the supplement makers to turn to since it is naturally present in barley as we pointed out previously, and citrus aurantium. Citrus aurantium also contains other stimulants like synephrine and octopamine (the later banned in all sport, the former banned in the NCAA). Citrus aurantium and synephrine have been popular stimulant and weight loss supplement ingredients for many years. So, the theory is that n-methyltyramine, being a phenethylamine derivative, and naturally present, would be a perfect replacement ingredient.

As a phenethylamine derivative, n-methyltyramine qualifies as a prohibited stimulant based on the WADA Prohibited List language in force today. While it qualifies as a stimulant, it may not be all that effective as a stimulant or weight loss agent. Nonetheless, this has not stopped the supplement community from peddling it as a weight loss ingredien still today. Even sites that promote NMT note the dubious efficacy of this relatively unstudied compound, as the excerpt below demonstrates.

“This compound is often included in weight loss formulations, despite evidence pointing to the fact that N-methyltyramine has been shown to inhibit fat breakdown and stimulate pancreatic hormones like anabolic insulin, and gastrin, which stimulate appetite (5). That said, the stimulant effect of this ingredient is likely to suppress appetite, and it is probable that N-methyltyramine will work for some people well but perhaps not for others. Additionally, the effect of N-methyltyramine as a stimulant has been called into question, because, like tyramine, it has low lipid solubility, therefore it is unlikely to cross the blood-brain barrier.”

The usual amount of NMT used as an active ingredient in supplements is around 200 milligrams. That compares to around 3 milligrams of NMT per pint of beer. So, you would need to drink around 70 beers to ingest the same amount of NMT you would get in a supplement. Stimulants generally clear the body fairly quickly. So, even if you had one beer a day or two before competition that would be unlikely to cause an NMT adverse analytical finding, while n-methyltyramine supplements are prohibited in sport.

Perhaps interpreting NMT as prohibited in sport will dissuade supplement manufacturers from making supplements with n-methyltyramine as an active ingredient. We rather doubt it, since often when something is banned in sport it encourages the proliferation of dietary supplements that contain the banned substance as an ingredient. This happened with Cobalt, SARMs, DMAA and others. Nonetheless, interpreting NMT as prohibited at least discourages athletes from using NMT supplements. We certainly support the prohibition of dubious stimulant and weight loss substances.

At the end of the day, n-methyltyramine supplements are prohibited in sport while the same substance is acceptable in beer. Many natural compounds share a similar predicament. They may be banned if synthesized and used as an active ingredient but acceptable in the natural form. We should be able to defend legitimate natural products, and beer, while also combating problematic synthetic compounds masquerading as legal supplement ingredients like DMAA. The problem is that determining whether a compound is natural, legal, or prohibited in sport can be a complex challenge when considering substances like N-methyltyramine.