Follistatin and Epicatechin could be Prohibited in Sport as Myostatin Inhibitors

Myostatin inhibitors are of growing importance for anti-doping authorities to consider as this category is expanding and presenting new potential doping agents. Recognizing that reality, the World Anti-Doping Agency (WADA) has included in its 2019 WADA Prohibited List adjusted language for the category as summarized in the 2019 Summary of Major Modifications and Explanatory Notes. WADA and other sporting groups may not be fully aware of the ramifications this change could have within the nutrition realm. The potential impact on Olympic and professional sport drug-testing policy and the dietary supplement or other nutrition products athletes may elect to consume is astounding.

Two significant changes are of primary importance to the dietary supplement and functional food industries and the athletes that use such products. The first is the inclusion specifically of “agents reducing or ablating myostatin expression,” and the second is the addition of “follistatin” to the list. 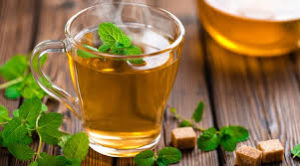 The first change suggests that anything that may reduce myostatin levels could be considered prohibited. Flavonoids present in plants may fit this description. An article from The Journal of Nutritional Biochemistry found that treatment with the flavanol epicatechin, “significantly decreases myostatin levels…, while follistatin increases.” Two particularly rich sources of epicatechin consumed in the diet are green tea and chocolate, particularly dark chocolate. Both are often used as supplement ingredients in the form of green tea extract and cocoa extract. It is unclear whether these common items would be interpreted as prohibited since they are not actually listed, but it seems they could be.

There is no question as to whether follistatin is prohibited as now it is specifically enumerated on the 2019 WADA Prohibited List. Its prohibition is likely due to the potential for it to be injected as a gene-doping agent in the form of AAV1-FS344 from Milo Biotechnology. A journal article in Science Translational Medicine from 2009, “Follistatin gene delivery enhances muscle growth and strength in nonhuman primates,” describes how this works.

In simple terms follistatin in the form of FS344 is attached to an inactive virus, AAV1, and then injected into muscle seeking to inspire the body to replicate follistatin. Information on injection protocols for AAV1-FS344 can be found on various message boards and it is also discussed on Reddit.

There are different numbered forms of follistatin, including FS288, FS300, FS315 and FS344. The number represents the amino acid count. The name follistatin alludes to the protein’s action to suppress follicle-stimulating hormone (FSH). A 2009 article in Muscle & Nerve notes that “follistatin has emerged as a powerful antagonist of myostatin that can increase muscle mass and strength.” 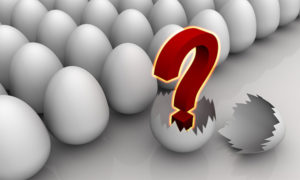 Research studies have considered Fortetropin® and its potential to reduce myostatin or impact muscle growth including one in the Journal of the International Society of Sports Nutrition entitled, “The effects of a myostatin inhibitor on lean body mass, strength, and power in resistance trained males.” This study notes that Myo-T12 “is follistatin derived from fertile chicken egg yolk isolate.” An information sheet available from the company Myos Rens that owns Fortetropin® notes that it “reduces free serum myostatin levels.” This sheet alludes to a midterm opportunity where the ingredient could be used as a medical food for dietary management of sarcopenia and cachexia, conditions that lead to muscle loss.

Recommendation of a dietary supplement certification program equates to tacit endorsement of products that are certified and conveys to the athletes or constituents that products are acceptable to use. In this example, a substance like follistatin may be both prohibited and also recommended at the same time, demonstrating the conflicts of interest and confusing realities that can result. Surely this was not the intent of any of the groups involved.

Digging deeper, we see variations in prohibited substances list language across organizations creates inconsistency in what may be considered banned. A review of drug-testing policies and prohibited substances lists across ten groups reveals that only 50-80% appear to specifically prohibit myostatin inhibitors or agents that may reduce myostatin expression like follistatin. The difference in prohibition considerations for myostatin inhibitors, or what might qualify as such, demonstrates the challenges and complexities all groups face when trying to outline, or operate within, the confines of anti-doping policy.

So, is follistatin even detectable, you might ask? The answer is yes but the methodology is young. In order to be effectively applied, a threshold will be necessary to exclude impacts from follistatin that may be present in the diet. There does not yet appear to be a threshold considered in the WADA system. Perhaps it will be possible to differentiate FS344 generated in the course of gene doping from other forms of follistatin that may be naturally present?

Research may provide some answers. A project funded by the Partnership for Clean Competition (PCC) began in 2015 and remains in progress focused on “Developing a detection signature for current and prior follistatin gene doping.” The PCC is a partnership that includes MLB, NFL, NHL, PGA, and USADA.

The far-reaching implications the WADA Prohibited Substances List language has on banned substance policies elsewhere or within the nutrition industry must be considered when making changes. Realities presented by compounds present in our food supply must be evaluated and the language tailored to appropriately prohibit drugs of concern but not food or nutrition ingredients. 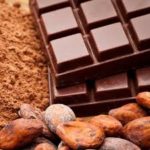 It was likely WADA’s intention with the recent change to prohibit injectable follistatin AAV1-FS344 as a gene-doping agent; not green tea, chocolate or eggs. If follistatin is worthy of prohibition in general, then what should the allowable level be? The addition of drugs that act as myostatin-reducing agents is laudable, but the language as written could also be interpreted to include food items. WADA, or other groups that may consider their prohibited list language, could clarify their intentions and also carve out protection for the food and nutrition industry with some simple adjustments.

Consistency and clarity in the banned substance language is essential in order for constituents to understand what is or is not acceptable. In the case of myostatin inhibitors, this is clearly in need of improvement. When in some realms items that may qualify as prohibited are inadvertently endorsed, and basic food items may qualify as banned, it is time for sports and anti-doping authorities, nutrition industry experts, and certification providers to unite in resolution of such issues. Athletes and others that rely on transparency in drug-testing policy deserve nothing less.

Special thanks to Joseph Taylor for editing support and to Susan M. Kleiner, PhD, RD, FACN, CNS, FISSN for serving as an external expert reviewer.