All the authors and supporting contributors of the recent blog post “Could NSF Certified for Sport® Supplements Expose Athletes to Hidden Risks?” stand by this piece highlighting shortcomings in testing and reporting by a major supplement certification provider, NSF International. Two well-respected nutritionists and BSCG leadership who discovered these problems and had the unenviable task of sharing this information with athletes and other stakeholders are not responsible for the policies employed by NSF International in operating the NSF Certified for Sport® program. We are simply reporting them as written. 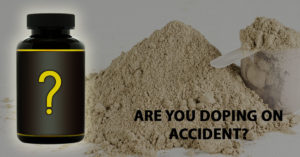 NSF International has responded (http://www.nsfsport.com/news-resources/news/banned-substances-not-permitted-nsf-certified-for-sport.php) to try to explain away its own technical language used in the NSF Certified for Sport® program. The deceitful attempt to suggest the “maximum allowable level per serving” is merely the high side of the report threshold range defies common sense and scientific standards. More importantly, it disagrees with their own technical notes in “Guideline for Athletic Banned Substances – NSF-306-2016” and test reports that clearly differentiate the difference between maximum allowable level per serving and the report threshold.

In their response, NSF failed to acknowledge there are two separate columns in Annex B, the testing menu included in the Guideline for Athletic Banned Substances NSF-306-2016. One column for “Report Threshold” and one for “Maximum Allowable Level per Serving (ug/serving).” If a report threshold range was intended to be represented, the range should be listed in the appropriately titled column (i.e. 10-50, 10-1000).

“Maximum allowable level per serving” is explained and differentiated from “report threshold” on page B8 of the Guideline for Athletic Banned Substances NSF-306-2016 as follows:

“Note 1 Maximum allowable level per serving has been determined based on consideration of the urine concentration necessary to be perceived as a risk to an athlete based on World Anti-Doping Agency (WADA) thresholds and the per serving limit was set in order to effectively eliminate that risk. The report threshold is set at a concentration suitable for analysis for most samples and consistent with the serving size of the majority of supplements or functional foods tested. When analysis of the finished product does not allow for the achievement of the detection level necessary to ensure the protection of an athlete, a human exposure feeding study may be performed followed by analysis of the urine. If this option is taken, the detection limits in the urine sample shall meet World Anti-Doping Agency (WADA) requirements.”

In an attempt to summarize their language, NSF International set a maximum allowable level per serving perceived to effectively eliminate risks to athletes in consideration of WADA urine testing thresholds. Meanwhile, the report threshold is the concentration suitable for analysis of most products tested. Note 1 counters the dubious explanation provided in the NSF response, which reads in part as follows:

“The term “maximum allowable level per serving” does not mean there is an allowable or acceptable level of banned substance in a product. It is simply a description of the test method detection range.”

The NSF response does not agree with the words in their test reports either. An NSF test report from 2017 is quoted below. Reports like it that we have seen for several different supplement products demonstrate the risks we outlined are not theoretical; they are real.

“During LCMS analysis, Ephedrine, Pseudoephedrine and Salmeterol were observed above the report thresholds per Guideline for Athletic Banned Substances – NSF-306-2016. Considering the product serving size, these results are below the risk based maximum allowable level per serving limits of 1, 1 and 2 ug/serving (respectively) per Guideline for Athletic Banned Substances – NSF-306-2016. The amounts observed are acceptable and would not be perceived as a risk to the athlete.”

So, NSF test reports indicate that observed amounts of prohibited substances in sport above the report thresholds are acceptable. Yet the NSF response indicates products fail when banned substances are detected. Does pass now mean fail?

Further, NSF International’s misuse of the word “all” to describe the batches it has tested is misleading at best, when prior versions of their Guideline suggest that “all” might only equate to 2.6% of finished product batches. If the word “all” doesn’t mean all, and a “maximum allowable level per serving” doesn’t mean that amounts are permitted up to that level, it leaves one to wonder what words from NSF International can be trusted.

As we explained in our original piece, the majority of drugs on the WADA Prohibited List are not subject to urine thresholds, even parts per trillion amounts would be a violation if detected in urine. There is no appropriate starting point to even consider calculating an allowable level in dietary supplements for most substances banned in sport.

Allowable levels of performance-enhancing drugs in supplement products are simply not acceptable. Athletes who consume supplements tested under the consideration of a “maximum allowable level per serving” would inherently be exposed to risks of inadvertent positive drug tests.