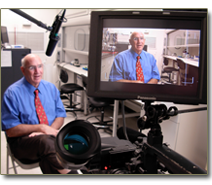 Widely considered a father of drug testing in sport, Don H. Catlin, M.D., has more than three decades of experience at the highest levels of sports anti-doping science. He founded the first sports anti-doping lab in the United States, the UCLA Olympic Analytical Laboratory, in 1982 and served as its director for 25 years, growing it into one of the world’s largest and most respected sports drug testing facilities. Today, he is the Chief Science Officer of BSCG.

Dr. Catlin has overseen drug testing at multiple Olympic games, beginning with the 1984 Summer Games in Los Angeles, as well as for professional sports leagues such as Major League Baseball (MLB) and the National Football League (NFL), and the National Collegiate Athletic Association (NCAA). His analytical research has been vital to developing many of the tests currently used to detect performance-enhancing drugs, including the first reported designer steroid, norbolethone; artificial testosterone; the long-acting EPO blood booster darbepoetin; and, perhaps most famously, the designer steroid at the center of the BALCO scandal, THG.

One of the first to recognize problems with supplements

Years ago, Dr. Catlin recognized that athletes who consume legally sold dietary supplements are at risk for positive drug tests. He learned in heart-wrenching hearings over positive drug-test results how some athletes were caught unwittingly ingesting banned and dangerous substances. Since then, he has sought to remove insidious products from the marketplace while offering support to legitimate supplement manufacturers and suppliers who take steps to protect those who consume their products. Dr.Catlin’s work was responsible for identifying new compounds of concern in the supplement marketplace like Superdrol and 6-OXO. In 2004, along with his son Oliver Catlin and colleagues, he founded BSCG, one of the first companies to test and certify dietary supplement products. 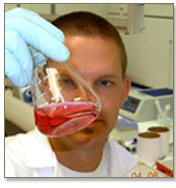 Dr. Catlin and colleagues also created The Catlin Consortium to address a range of issues related to doping in sports, including identifying and developing tests for new and evolved banned substances, conducting drug testing in human and equine sports and working to build healthy sporting cultures for athletes. In addition to BSCG, the consortium includes the company Anti-Doping Sciences Institute and the nonprofit/NGO Anti-Doping Research and its public initiative Sport Clean Sport.

At BSCG, Dr. Catlin championed the idea of focusing the company’s athlete testing program on substances responsible for adverse analytical findings reported by WADA (the World Anti-Doping Agency). In addition to 211 over-the-counter and prescription compounds, BSCG’s testing menu now includes more than 289 compounds banned in sport, together covering more than 96% of WADA’s adverse analytical findings in the last decade, the broadest and most finely tuned coverage in the dietary supplement certification industry.

Dr. Catlin was the longest tenured member of the International Olympic Committee Medical Commission (IOC). He is a professor emeritus of molecular and medical pharmacology at UCLA and has authored more than 100 articles in peer-reviewed scientific publications. A widely read paper he wrote and published in JAMA (The Journal of the American Medical Association) in 2000 alerted the scientific community to the concerns of dietary supplement contamination and quality control.

Read more about Dr. Catlin and his work here. Reprinted from the March 2010 issue of Current Biography® published by The H.W. Wilson Company.