Hardy is not the only Olympic athlete to have been affected by banned substances in supplements. Just prior to the 2002 Salt Lake Olympic Games American bobsledder Pavle Jovanovich tested positive for the anabolic steroid 19-norandrostenedione. The result had a serious effect on him. It was just a nightmare for me,” he said in an interview later, adding that he felt “completely detached” from family and friends and that he “did battle alcohol.” He blamed the finding on a dietary supplement called Nitro-Tech and ultimately received a settlement from Century Foods. (This short piece, in the San Diego Union-Tribune, summarizes the cases of seven other athletes who also filed suits against supplement companies in relation to positive drug tests.) 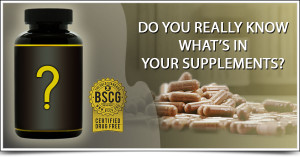