With the arrival of summer, we hope this season is a good one for you, wherever you may be. Depending in which hemisphere you live, stay cool—or warm. And remember that we’re here to help keep you and your products safe and above water.

Was a Leading U.S. Athlete Banned for Eating a Burrito?

Shelby Houlihan, the American middle distance runner and record holder in the 1500 and 5000 meters, was just banned for
four years as a result of a positive drug test for the anabolic steroid nandrolone. She claims it resulted from eating a pork burrito 10 hours before the test.

Say what? Is this really possible?

The answer is yes! A study done by leading scientists in the World Anti-Doping Agency (WADA) system in 2020 actually demonstrated the phenomenon. They purchased meat from around Europe and fed it to 12 subjects. The results showed two people who ate roast and ham produced results for nandrolone for a period of 24 hours that would be considered positive in the WADA system; that’s a whopping 17%, folks.

BSCG President Oliver Catlin was interviewed about the Houlihan story by The Washington Post and Vice.

“The science does suggest that it is possible to test positive for nandrolone after ingesting pork organs,” Catlin told Vice.

An excerpt from The Washington Post reads: “Athletes need to be able to trust the anti-doping system in sport if they’re going to really get behind it,” said Oliver Catlin, co-founder of the Banned Substances Control Group and the son of anti-doping guru Don Catlin. “I think the problem is, if you have situations like this, it almost does the opposite. It makes innocent athletes fear that the system could roll over them. That’s a principal problem that we face.”

Situations like the Houlihan case highlight the reality that athletes can test positive from trace amounts of substances that may be present in food and dietary supplements and reinforces the importance of third-party certification programs like BSCG Certified Drug Free.

Despite the wariness of the Japanese people and medical professionals, the summer Olympic Games appear to be on track
to take place in Tokyo starting July 23. BSCG is proud to have been chosen as a select official service provider in Japan
by Sports Nutrition and Dietitians Japan (SNDJ).

BSCG Certified Drug Free products for sale in Japan are included in the official SNDJ list of products that have been reviewed for quality control and banned substances for the protection of Japanese athletes. We are thankful for the efforts of SNDJ and its team of experts to evaluate our industry and provide resources to help ensure the safety, quality, and transparency of sports nutrition products, and we are honored to have been named an official third-party provider.

For those who might be interested,the International Testing Agency, which is in charge of the anti-doping testing at these Olympics, is hosting a webinar about their program on June 30th. The presenters include Matteo Vallini, ITA head of testing, and Dr. Yaya Yamamoto, senior manager of education at the Japan Anti-Doping Agency.

BSCG Welcomes Strong Heart of Japan as a Client 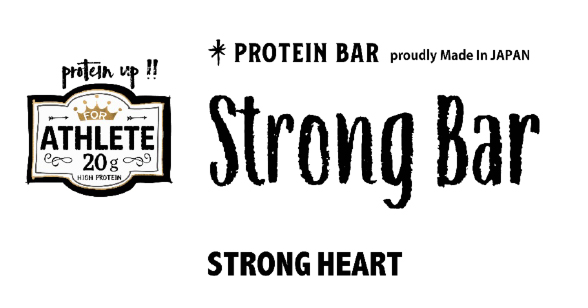 BSCG is pleased to welcome Strong Heart, a supplement company based in Japan, as a new client. Recently, its Strong Bar, has been certified in four flavors—cocoa black, milk white, strawberry, matcha latte—in the BSCG Certified Drug Free program.

Strong Bar is a protein bar designed for athletes. It is made from a combination of whey and casein and from simple ingredients, such as soy protein crisp, agave, coconut oil, almonds and strawberries. For more information about these products, visit the Strong Heart website, either here https://strongheart.jp/lp/strongbar/ or, for its English version, by googling the company and translating the page.

Leading our industry forward, BSCG was the first, and remains the only, third-party supplement certification provider to include testing for additional prescription, over-the-counter, and illicit drugs not banned in sport. The U.S. Food & Drug Administration’s database of tainted dietary supplements shows that the overwhelming majority of these products—74%—contain drugs that are not banned in sports.

Whether it is sport, military, first responder or general consumer protection, BSCG leads the way!